This is the revolution’s understanding of religions: love, fraternity, equality.
With equality we can create a strong homeland that knows no sectarianism, only patriotism…
We as a government, and I as president, carry responsibility for everyone in this country,
whatever their religion, whatever their origins...
Gamal Abd El Nasser

Nasser’s speech came almost two decades after Egypt’s Free Officers Movement overthrew the monarchy, launching the July Revolution of 1952.
Sixty years later, many have connected the July Revolution with this year’s popular uprising in Egypt, which brought down another failed regime, and launched the January Revolution of 2011.
Some draw parallels between the emphases of both on ‘dignity, freedom, and social justice'.

There has been a determined drive by much of Egypt's  media to present Sisi as an independent, even anti-American, figure, and in this respect here has also been an effort to link him with Gamal Abdel Nasser, Egypt's popular Arab nationalist president of the 50s and 60s.
That is partly because Nasser repressed the Muslim Brotherhood - along with communists.
But it also reflects the fact that Nasser's reputation as a genuinely independent and progressive leader, who stood up to the West and Israel, is still strong in Egypt and across the region.
The two men can be seen together all over central Cairo, on banners, flags and on posters on sale to tourists and locals. 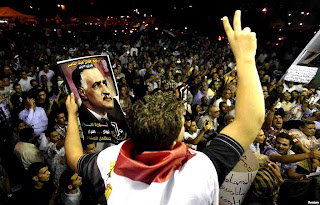 One is moustachioed, square-jawed, with short greying hair and an enigmatic smile; the other is clean-shaven, open-faced, most often in dress uniform, a clutch of medals on his left breast.
The first man is the pan-Arab nationalist former Egyptian President Gamal Abdel Nasser, hammer of the Muslim Brotherhood, who died in 1970.
The second is General Abdel Fattah El-Sisi, head of Egypt’s armed forces and, since the July coup that ousted the Brotherhood-backed President, Mohamed Morsy, the supreme power in the country.
In the coffee shops of Cairo, where political discussions have bounced off peeling walls since Nasser’s death, a vigorous debate is taking place over whether Gen.
Sisi has deliberately risen in the former’s likeness - and what parallels between the two men’s careers may mean for post-revolutionary Egypt.
While General Sisi has pledged stability as a central plank of the military-led government he will shepherd towards elections in nine months’ time, he has also tapped into themes that Nasser used to enshrine his legacy as one of modern Egypt’s most celebrated figures.

Despite the fact that 40 years have passed since his death, whenever there are bad times, people always conjure up Nasser's image.
Sissi has not got the same hold on the Egyptian consciousness - not yet.
In his public appearances since the July 3, 2013 coup, Gen. Sisi has mirrored Nasser’s key messages of nationalism, scepticism of western intentions, Arab dignity and strong leadership.
The latter has been seized on by a broad swath of the public that has struggled in the chaos of the revolution that brought down Hosni Mubarak’s presidency in January 2011.
There is a craving for a strong leader.
Nasser is still revered here, and there is this belief that only a strongman can sort out the mess that is Egypt. 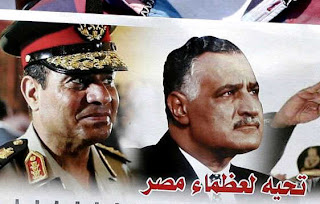 While Nasser was credited in the Middle East as a figure who did much for Arab unity, he was also criticised, in most cases unjustifiably, for leading through a cult of personality and for doing little to develop civil institutions, or advance human rights.
The parallels between him and Gen. Sisi run deep.
Nasser had a background as an officer and became President with military support in 1956, after planning the revolution that had ousted Egypt’s last monarch, King Farouk, four years earlier.
General Sisi also has a revolution under his belt. And, while not currently an elected official, he is being talked about as a presidential candidate after the interim government ends.
A deep nostalgia for Gamal Abdel Nasser is the result of the Egyptian people’s awareness that the Army has embraced the people’s wishes, and made sure that the revolution could take place.
The question remains, however, to what degree can the new system of government fulfil the needs of the people, and will he be able to hold on to his image as a 'saviour'. 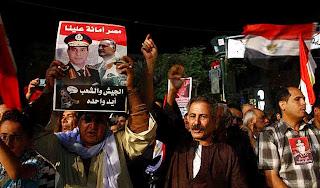 It is important here to make a distinction between General Sisi as a person, and the military institution he represents.
He has a good chance to prove himself now, and there is a sense that he represents the Egyptian national identity that the Brotherhood wanted to steal away.
Amr Moussa, Arab League former head and former Foreign Minister, said the groundswell of support for General Sisi drew a distinction between the stances taken by Nasser and his legacy.
It is not just a call for a return to Nasser, but also a return to nationalistic stands and attitudes.
The armed forces embrace these stands, and they are personified through General Sisi.
Ther is, therefor, a resurgence of the Nasserite movement, combined with a yearning for a sense of nationalism and support for the military.
It is unlikely that the armed forces and its chief are interested in playing politics immediately.
Six to nine months of transition in order to approve a constitution, and a return to civilian rule will be the order of the day.
However, even among General Sisi supporters there are those who doubt that he or the military will extricate themselves completely from playing a decisive role in civil affairs after new presidential and parliamentary polls.
And the deadly showdown with the Brotherhood  shows no sign of being conciliated.

The Arab world is now riven by the menace of sectarianism, and the possible  breakup of the region into smaller states.
It's afflicted by polarisation between secularism and Islamism, the wealth and influence of reactionary Gulf autocracies, and the constant military intervention and presence of Western powers.
A  21st-century Nasser, able to straddle the religious and secular camps, could be the unifying force to confront those challenges.
Nasser, the man the Brotherhood wanted to forget, is now very much part of the new Egyptian psyche.
It’s up to General Sisi, however, whether he leads by example, or just basks in the glory of the great Gamal Abd el Nasser. 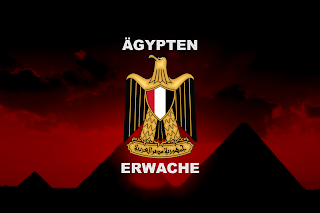 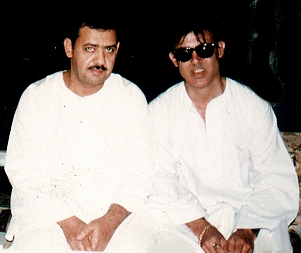 He was appointed by the Egyptian President, Hosni Mubarak, following the death of Muhammad Sayyid Tantawy in 2010.

He is considered to be one of the most moderate Sunni clerics in Egypt. Ahmed El-Tayeb holds a Ph. D in Islamic philosophy from the Paris-Sorbonne University, and has been president of Al-Azhar University since 2003. Between 2002 and 2003, Ahmed l-Tayeb served as Grand Mufti of Egypt.

Born in 1946, his home town is Al-Qurna, near Luxor in southern Egypt. His family are Sufi, and he has expressed support for a global Sufi League. 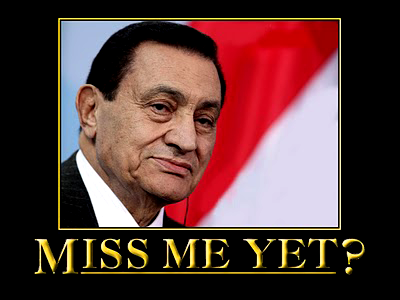